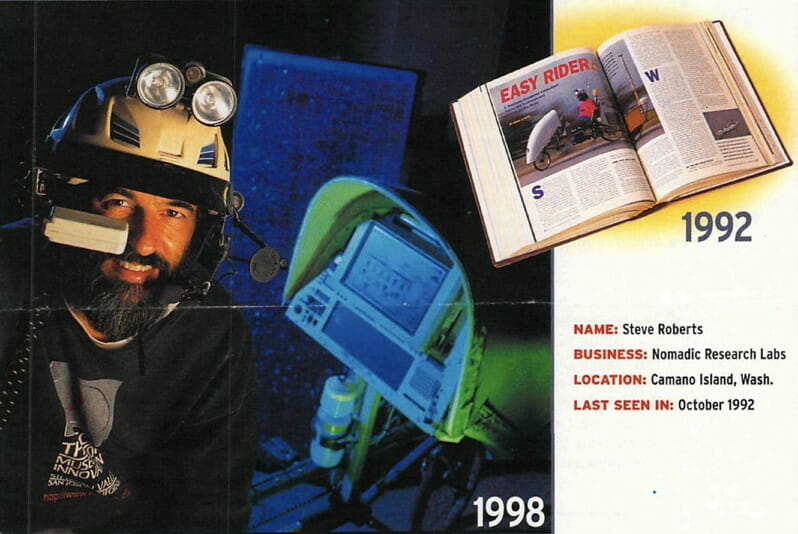 This is a follow-up to a piece by Daniel P. Dern in the same magazine, 6 years earlier… now discussing my transition to water with the Microship project. In real life, I had just set up a lab on Camano Island, Washington, and assumed that we would be setting out on the new expedition within a couple of years. Well… it took a little longer than that. The average completion time of a homebuilt boat is 137 years. 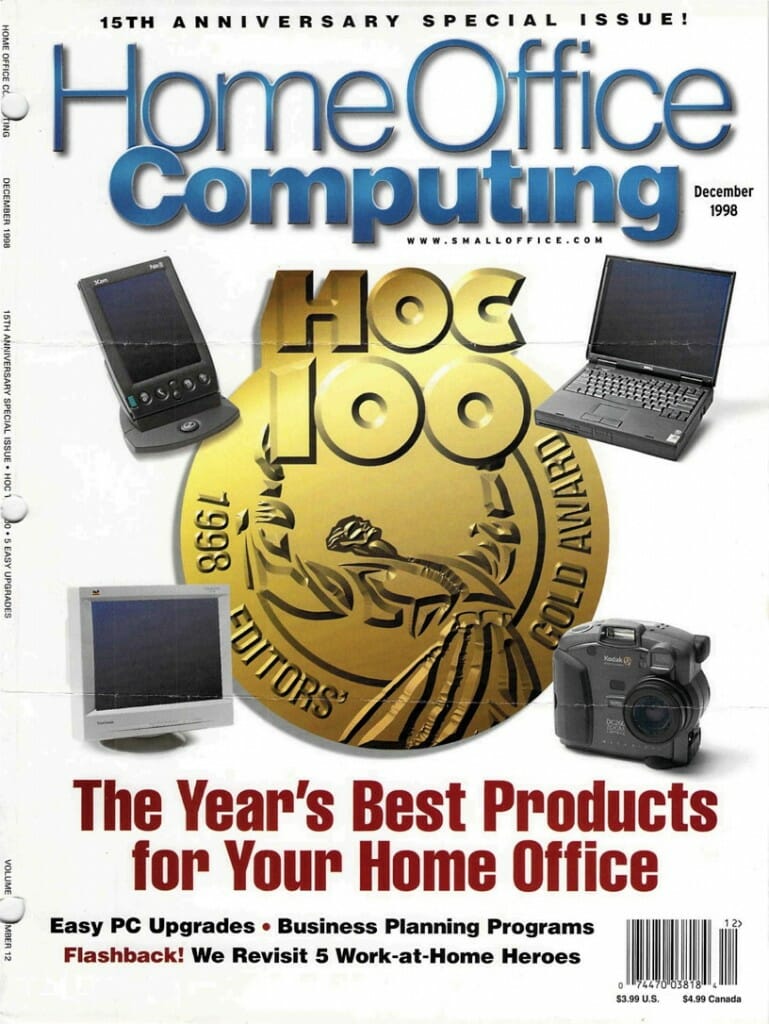 To say that Steve Roberts prefers not to sit at a desk all day is like saying a leopard prefers not to change its spots. In other words, he’s physically incapable of doing it. So for the past 15 years, Roberts has been devising ways to take portable computing and communications to the outer limits. At the same time, he’s made a career out of writing and speaking about it.

When we profiled him back in 1992, Roberts (who was a Columbus, Ohio-based computer consultant in his previous life) had just finished building a customized bicycle which he dubbed Behemoth (an acronym for Big Electric Human Energized Machine, Only Too Heavy).

The 580-pound, 105-speed recumbent bike featured, among other things, a built-in Apple Macintosh Portable for scrolling maps and other travel information, a cell phone and modem, and a keyboard with eight keys which allowed Roberts to type messages using a set of macros. “Unfortunately, none of the gizmology protects me from rain, cold, darkness, dehydration, hunger, or loneliness,” Roberts said at the time.

After he’d pedal-pushed thousands of miles across the country in his space-age creation, Roberts retired the Behemoth and set out to build an amphibious version of his bike, the Microship, in 1994. “It started as a kayak, and it’s now a trimaran, with three modes of propulsion— pedal, solar, and a sail,” Roberts says proudly. There are now two Microships, each of which contains solar panels for generating power, LCD video monitors, and point-to-point wireless links to the other. The boats are also equipped with video editing systems, as Roberts and his wife, Lisa (whom he met and fell in love with online) plan to document their first long voyage, across the Puget Sound in the Pacific Northwest, this spring.

When he’s not dreaming up new ways to take technology to the open seas, Roberts tours the country, giving talks at corporate annual meetings and trade shows. This, plus sponsorship from companies like Apple, keep his projects afloat, so to speak.

“It used to be that computers with high levels of performance came in huge cases and drew multiple amps of power,” says Roberts. “Now the processors are smaller, lighter, and can do more stuff. It’s to the point where a lot of people can do what I’m doing quite readily. This kind of techno-travel could become a trendlet.” Until it does, you can sail your browser over to www.microship.com to hear about Roberts’ latest adventures.