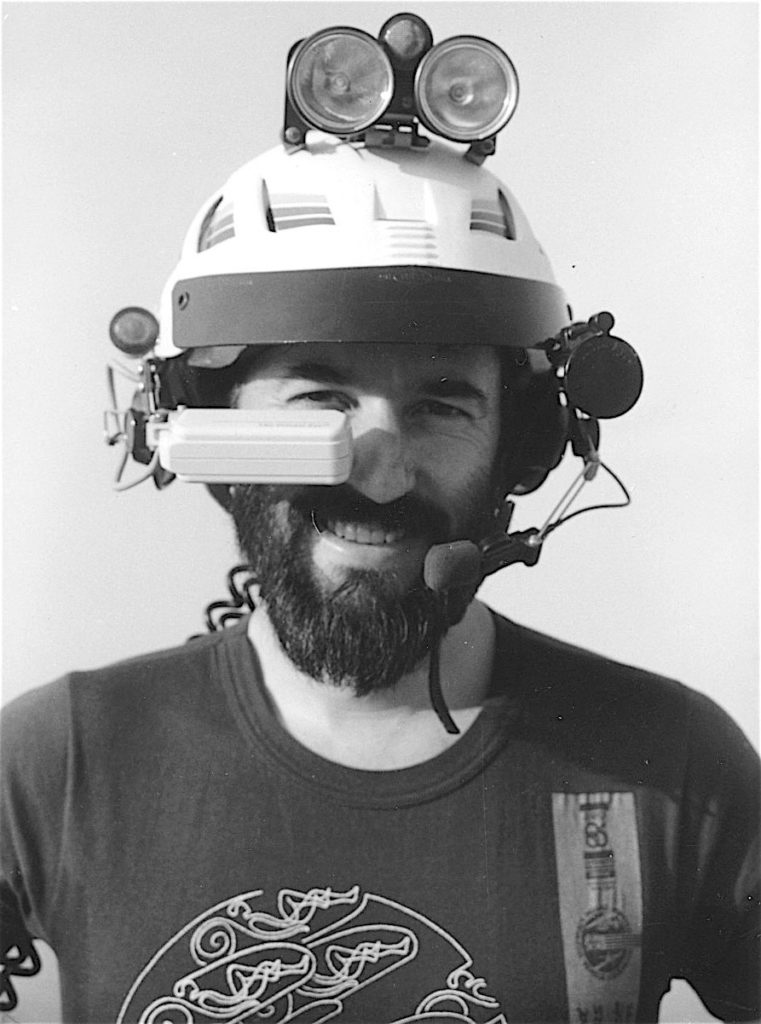 This relic from 1989, early in the BEHEMOTH project (before it was called that), came to my attention exactly 30 years later thanks to Paul Schleck who alerted me to the website that is replaying usenet. At this moment in my life, I was fully immersed in the third bike version, at once thrilled and overwhelmed by its scope. Only ten days earlier, I had given a short presentation at Xerox PARC (video), then zoomed to San Francisco to display at the West Coast Computer Faire (video)… and later on this same day met up with NHK for a filming near Milpitas. Three decades down the road, I can barely remember that energy level…

Anyway, this quest for geeks was cross posted to comp.misc, rec.bicycles, rec.ham-radio, and sci.electronics… and lots of conversations got started as a result. I am posting it here as pre-formatted monospaced text (which might be weird on phones) to preserve the pure-ASCII flavor of Usenet.

Call for Wizards:
Computing Across America needs YOU!