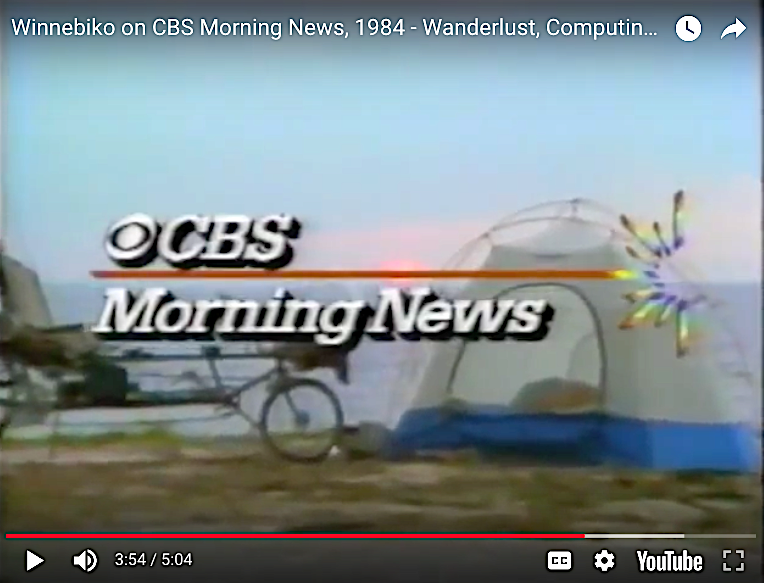 This was the first national TV coverage of my Computing Across America adventure, and it is still the one, after all these years and hundreds of shows, that most takes me back to the real feel of the road. CBS Morning News production standards were flawless, and they only used audio from the scene (nothing added in post). The producer was Norm Glubok and the presenter was Martha Teichner; filming was May 22-24, 1984 in East Texas (see my book chapter, “Going Pro”).  At this point, I was pedaling the original Winnebiko, about halfway through the first 10,000 miles. The tape was converted to MP4 here at Harbor Digitizing.