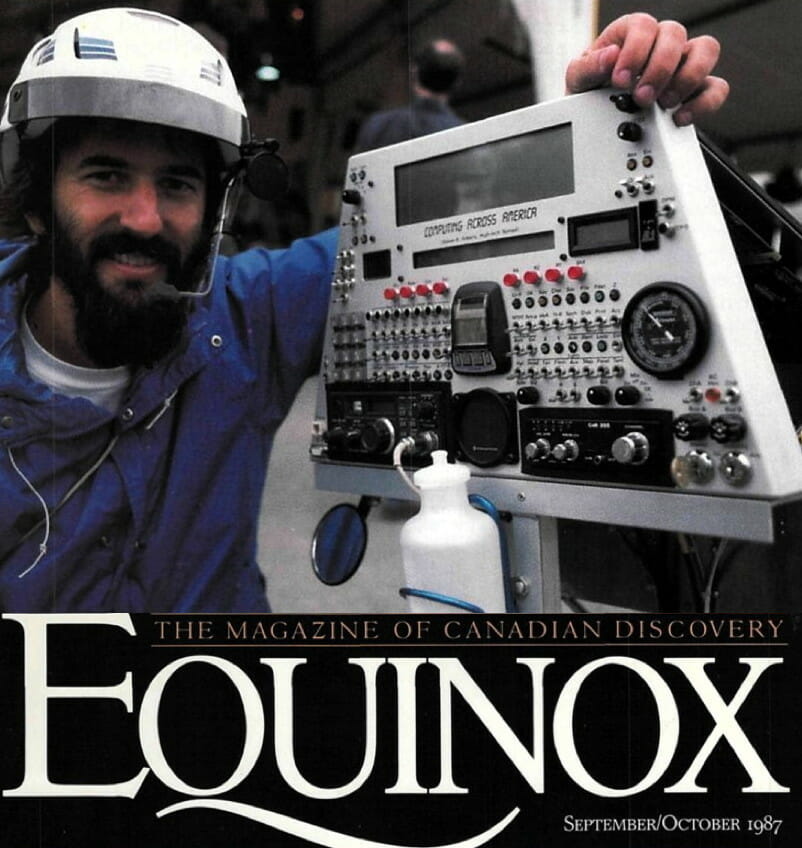 This photo/caption is part of a larger article on human-powered vehicles, and is of note because it may be the only close image of the Winnebiko II console in this very early stage of construction. I exhibited at Expo 86 in Vancouver (an amazing experience), with the bike set up in the Kodak Special Events tent in association with the International Human Powered Vehicle Association. No fairing or side panels yet, and the on-board systems didn’t flicker to life until a few weeks later.  As with many articles, the text was not quite accurate on tech details: the computer is not mounted on the handlebars! (Here is the tale of this late, lamented Canadian magazine, which had something of the lush feel of National Geographic.)

Mounted on the handlebars of a 36-speed recumbent bicycle, Steve Robert’s 225-pound (102 kg) mobile office features five separate computers powered by a 20-watt solar panel. A keyboard allows him to take notes while participating in such events as the human-powered vehicle races at Expo 86.