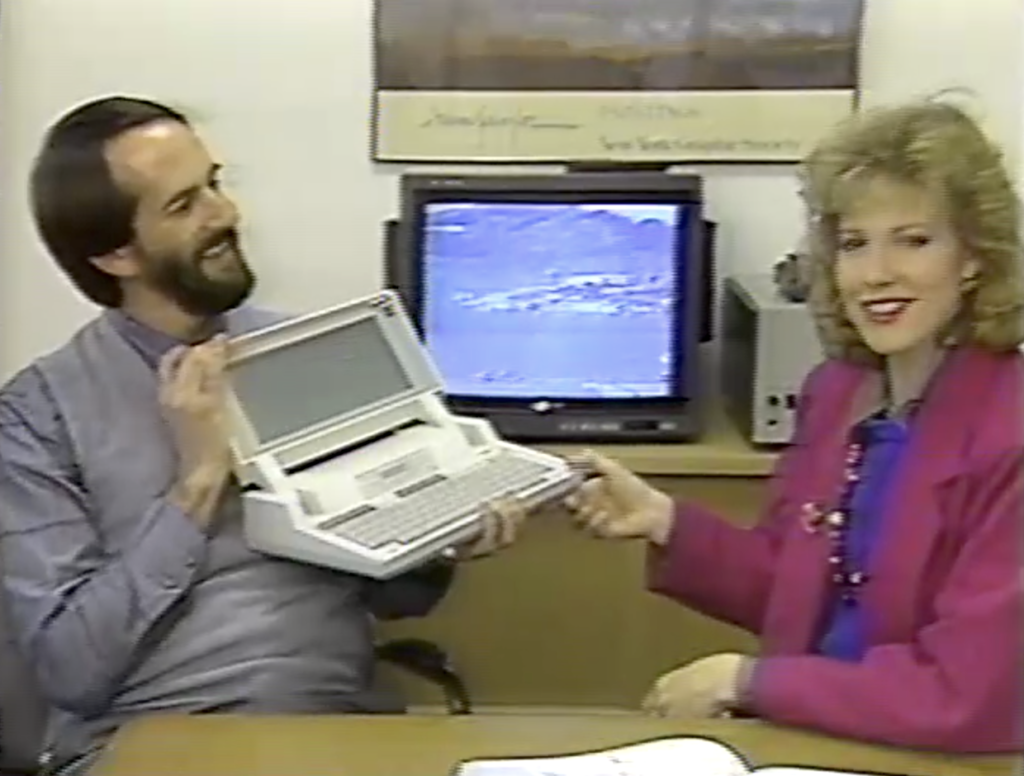 This local production in Columbus contains a shortened version of a treasure, produced by Richard Hart for Evening Magazine in San Francisco. Bracketed by a short local-angle interview, the result captures a strange time in my life… back in Ohio after almost ten thousand miles around the US, having issues with book publishers, and freshly employed in order to stay afloat. Within a few months, I would again be obsessed with trip planning, designing the Winnebiko II… but at this moment I wasn’t quite sure what I was doing. The vest and tie getup adds to the sense of incongruity!