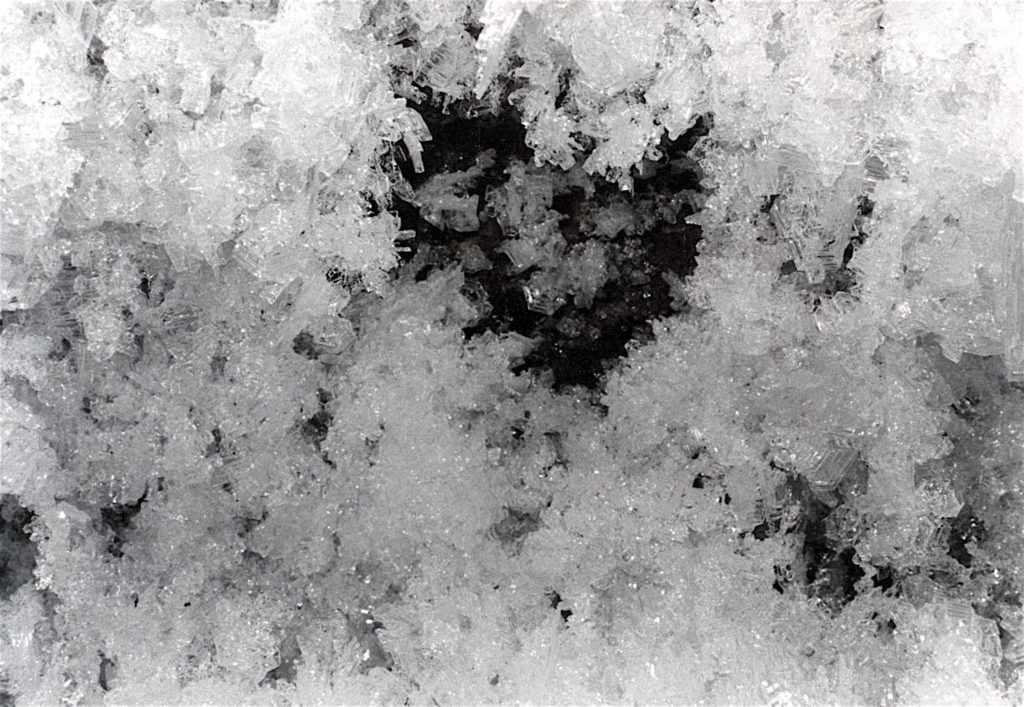 This is one of my favorite moments in the whole 17,000-mile trip… unexpected magic. The story first appeared as Chapter 13 in the print edition of my online adventure narrative on CompuServe.

The land has become dramatic, fulfilling the promise of Colorado. After extricating myself reluctantly from Santa Fe, I climbed out of New Mexico and within three days found myself in the Rockies.

I crossed the Continental Divide northwest of Creede, then immediately outdid myself in the same afternoon by huffing my 180-pound machine (yeah, it’s getting heavier) to the top of 11,361-foot Slumgullion Pass. With the daily rain only minutes behind me, I flew down the switchbacks to Lake City, losing altitude at speeds up to 48.4 mph while buzzing furiously on raw adrenaline. Painfully, I averted my eyes from the grandeur to stay on the road.

“Slumgullion Pass,” said my assistant in Columbus, “sounds like something out of The Hobbit!“

But that was only the beginning of the Tolkien-like magic that awaited me during my week’s stay in Hinsdale county, a place that offers the dual distinction of having the smallest population and the most tundra in the Continental United States.

Long about a hundred years ago, you see, a mining boom began in these heavily mineralized mountains. High on sheer cliffs of loose, unstable rock, absurd openings appear — marked by tailings and remnants of cribbing that streak hundreds of feet down the scree. Mines, everywhere mines: the lure of gold once had thousands of pick-wielding men plying these rugged lands, defying gravity and reason in the search for that elusive glitter in the very veins of the earth.

Drawn irresistibly into this wild country, I journeyed with my Lake City host up Henson Creek, higher and higher. The air grew cold, the pockets of snow more common. We switched to 4-wheel drive just before the treeline, then continued upward toward an abandoned mining community — at last resorting to our own legs when something more surefooted than the jeep became necessary.

Panting in the rarefied air, our breath coming in little puffs, we stood and contemplated long-abandoned steam engines, machine tools, and mining equipment that lay rusting in the snow-crushed buildings. Somebody had once dragged individual machine components weighing thousands of pounds up these fierce slopes, and then lived here year-round. I wondered aloud at this.

“There was money in it,” Jim said.

The power of that basic motivation became even more awe-inspiring as we began to explore the mines. Tunnels led into solid rock, then branched into a maze as long-ago prospectors chased the mineral veins. We slogged along in ankle-deep water into the heart of one mountain, intent on reaching the face until our sudden confusion and stumbling gait warned us that we were running out of oxygen. We hastily splashed back to the outside world and sat, dizzy, aware that survival can sometimes be a more immediate issue than comfort . . . even in the safe and cozy world of the ’80s.

And then we saw it.

High above us, at well over 13,000 feet and obscured by a snowbank, a mine opened into a cliff of quartz. Visible to us only by its almost-obscured scar of tailings, it set our hearts racing. Why not?

So up we went, still breathless, zigzagging up a vast slope of treacherous scree. We occasionally sent little landslides rattling down the mountain with our less-than-certain steps, and would stop to watch them: rocks bouncing so far below that their sound continued long after all visible motion had ceased.

After at least an hour of this, we reached our goal. To the north, Uncompahgre and another “fourteener” peeked through the clouds; below us was the tiny mining camp and the thread of a road that wound even further down, past a waterfall, past the treeline, and on into the valley. But here was the snowbank, and sure enough, the crushed timbers and violated rock of a long-abandoned mine.

I climbed into the opening. It was small — almost closed forever by ice 3 to 4 feet thick and fallen rocks. But I wriggled through, pushing the flashlight ahead of me on the freezing surface, and found it passable. I was on the verge of shouting “come ahead” when I nudged the light and the scene suddenly exploded in thousands of glittering pinpoints: a forest of diamonds, an unexpected universe, a crystalline cave.

Hushed by the magic, I pulled myself further along the ice as I was gently showered by sparkling, tinkling crystals. The reflection of the flashlight was like a Scarlatti harpsichord sonata on LSD — every glint a prelude to a complex and impassioned exploration of light’s possibilities, every shadow a hidden surprise. Perfect glasslike hexagonal crystals three inches across were suspended on complex and impossibly delicate structures; the marriage of order and randomness possessing such beauty that more than once did an awed whimper escape my throat to echo off the long-forgotten walls.

I lay and listened to the chorus of microscopic fractures caused by the heat of my breath, then Jim slid along the ice to marvel in kind. No dirt marred the purity of this place; no humans had passed this way in decades. These meta-snowflakes had grown for years in perennial frozen stillness with no influence but gravity, and the perfection was so complete that we found ourselves embarrassed by the mud we had tracked in, guilt-ridden at the crystals we had swept aside to allow our intrusion into this place of magic.

That such a thing exists, silent, growing with infinite patience — that such a frozen wonder could await my awed discovery in the middle of August — moves me with a sort of humble delight. There lies the essence of the journey: it is not a high-tech quest, a PR gambit, or even that blend of work and play about which I love to rhapsodize. It includes all of that, of course, but it’s mostly a voyage of discovery.

For what else would you call a scene from The Lord of the Rings, materializing as if by magic on a late-summer afternoon in Colorado?

(The author bio below is from 1984, and no longer relevant)