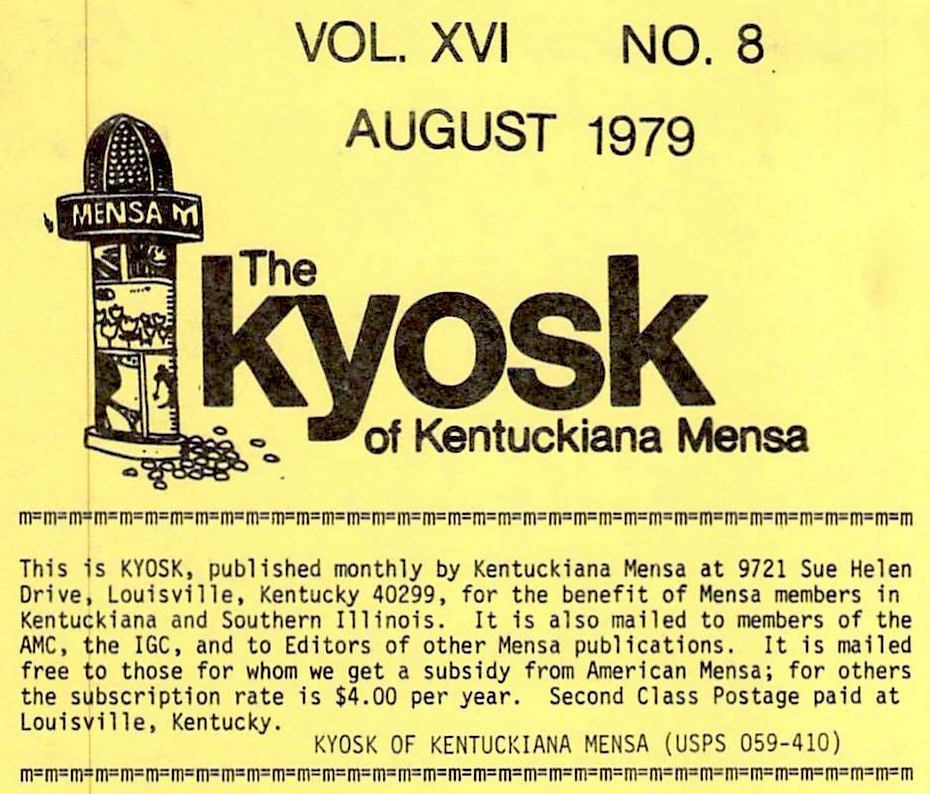 Steve Roberts is the president of Cybertronics, Inc., a microprocessor engineering firm in Louisville. His articles about computers have appeared in Byte, Kilobaud, Creative Computing, Interface Age, EDN, ET/D, Electronics, and Machine Design. One of his roommates is a computer.

To the arsenal of tools available for the use of mankind has recently been added a new one: the computer.

Oh, computers are not particularly new, but when viewed in the context of their utility to the individual, the behemoths of the business world have been somewhat useless. Unless you work at a system installation or had regular use of a timesharing terminal, your primary contact with computers has probably taken the form of bank statements, bills, and government paperwork. With the costs of large systems, only big business and Uncle Sam could take advantage of their power to any meaningful extent.

But with microelectronics has come some cost reduction, and, like calculators, computers have penetrated new markets en masse. Microprocessors, monolithic memories, and new interface computers have conspired to make cheap but highly capable computer systems available to everyone. The shroud of mystery has been whisked away: the computer is an appliance.

So what good is it?

Rather than summarize the countless advertisements generated by the manufacturers in the multimillion dollar industry that personal computing has become, let’s look at the philosophical implications.

First, as indicated at the beginning, the computer is a tool. Exactly what kind of tool? We might call it a “thought amplifier.” Given a problem requiring the handling of information, such as controlling the temperature of a tropical fish tank or cross-referencing a classical music collection, one can provide an ongoing, unsupervised solution by formally defining it once and then turning it over to a computer. Obviously, simple functions such as the aquarium temperature problem can be solved by trivial hardware devices, but what if your finicky fish like it a little cooler at night, need a cyclic seasonal temperature variation coupled with ‘natural’ light/dark ratios, and need to be fed while you are away? With the off-the-shelf hardware and almost any home computer, those esoteric ichthyoids can have their needs met by a program. Thought amplification has occurred: you have pondered and then characterized the solution to the problem, and now it manifests itself for all of time without the need for your further consideration.

Second, a computer can be intellectually stimulating, despite protestations to the contrary from anti-technology doomsayers with grim visions of human obsolescence. Beyond the world of canned programs for appliance systems, there is unlimited opportunity for self-expression in the creation of clever software. A computer is the ultimate toy, as form and function are entirely up to you.

Third, a computer is FUN – making, with classical digital agility, the transformation from personal finance system to chess player or graphics display in seconds. Unlike the characteristic banality of video media, a home computer can be an entertainment device worthy of appreciation by the intelligent mind.

All this apparent proselytizing is not ill-directed. When micros first emerged from the clutter of hard-core hobbyists’ benches six years ago, the prospect of appliance computers with solid software support was still distant. Since then, an incredibly turbulent market has spawned, amidst such mediocrity, a few truly excellent systems that can serve as the basis of a long-term, general purpose, intelligent tool.

A closing caveat: Beware! Computers are addicting. You might well find your system becoming a central, indispensable element in the ever-changing amalgam of your life.