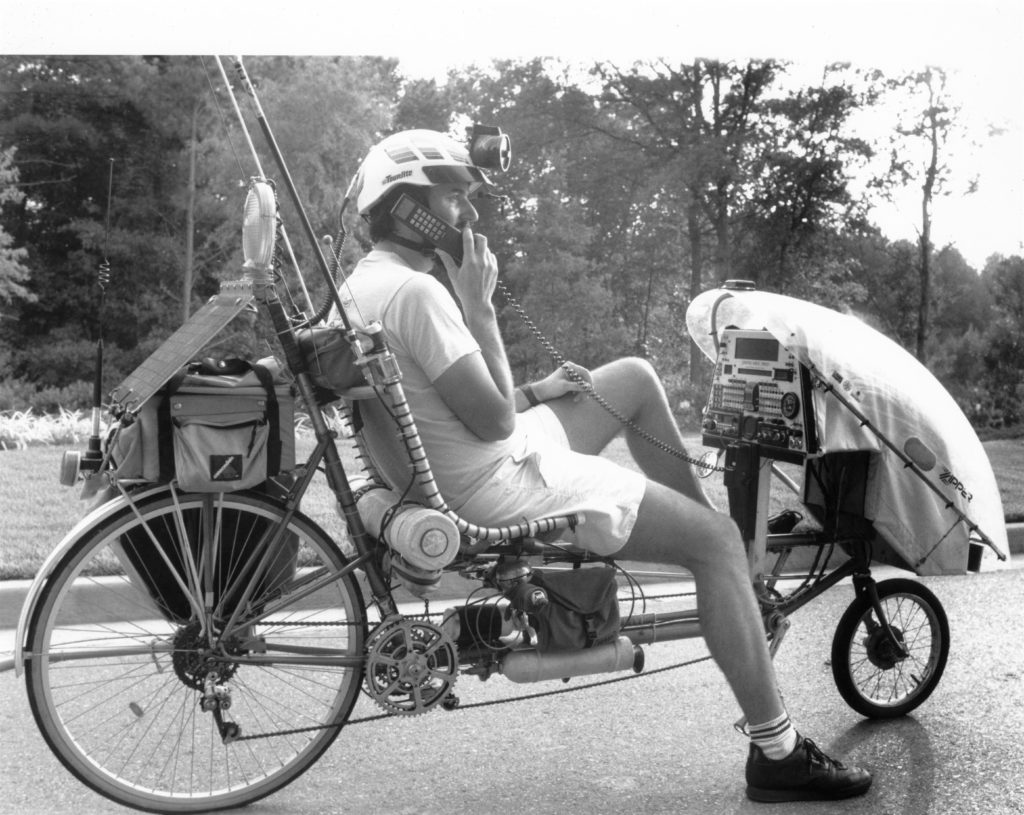 Why does it take the stirrings of springtime to accelerate the indoor jobs, all those geeky things that should be done by the time it’s warm enough to embed them in a boat? I sit at my desk, unencumbered by the customary layers of insulation, doing everything that I could have finished over the winter: populating the store, databasing sensor channels, eBaying, writing a book, assembling McMaster-Carr and DigiKey orders for overdue projects, designing a marine datalogger product, distilling decades of accumulated gizmology into a sleek kit that can fit in a mobile lab… and of course finding time to tweet about it all. Meanwhile, real birds are a-twitter in the forest and the boat tugs at mooring lines stiffened by the windblown salt of winter storms.

We did take her for a spin, though. ‘Twas Mother’s Day weekend, and we planned to sail down to Camano for a relaxed day of anchoring with Adventuress and welcoming friends aboard for a potluck. Up early, stowing things for the anticipated gallop in perfect winds, energized by that nervous excitement that precedes the unfurling of long-dormant wings. But then, quoth Sky at the stern: “Um, I don’t think we’re going anywhere today.”

An epic accumulation of biology clung to the rudder, and after considerable effort, we detached a clump with the approximate dimensions of a cushy recliner. Crusty barnacles yielded with a crunch as we passed the back of a brush head over the reachable parts of the hull; clouds of smaller stuff tinged with bottom-paint dust floated off with every stroke. All this would only have slowed us down somewhat, but I was more concerned with fouling of the unreachable Max-Prop and the raw-water intake. Block the latter; lose the engine.

We thus spent a perfect sunny day at the dock, then the fellows from Waterworx arrived to free-dive the hull. An hour later, she had a clean bill of health with the exception of a fully-dissolved nose zinc on the prop (to be replaced this week).

By then it was too late to go frolic, but the next morning we fired up the mighty Yanmar and tiptoed out of the channel in a minus tide for a windless crossing of Saratoga Passage. Not a particularly memorable day on the water, but it sure hit the spot… and we returned to a new slip amongst the live-aboards, leaving the old one open for transients. New friends already.

Rambling Updates on Many Fronts

Remember the Reaching Escape Velocity PDF that I mentioned recently, for sale in my online store, detailing the process of launching a gonzo engineering project with the help of sponsors, media, and volunteers? I decided that it would really be better as a hardcopy book instead of something that can be forwarded willy-nilly and uploaded to various PDF servers (as has happened with other projects). This seemed a good opportunity to get familiar with the CreateSpace publishing process… and so far, I’m impressed. The book is now in the final proofing cycle, and if I like what I see I will click the button to immediately take it live on Amazon. Here’s the cover:

This is orderable from my online store.

I know the cover has a slightly disturbing religious feel to it, all lavender and rainbows, but dang, it works so well. I did try to come up with something a bit more on the “escape velocity” theme, but I lack the Photoshoppery skills to do it well:

That’s my old school bus, in which Maggie and I covered 16,000 miles around the US back in 1988-89, hauling the Winnebiko II to speaking gigs and promoting the Computing Across America book. I don’t know the photographer of that gorgeous shuttle launch photo from 2005 but will of course take it down (or add a credit) if there’s any objection.

Speaking of my little storefront, I’m now a dealer for Sparkfun Electronics, makers of all sorts of geek goodies. I’ve started offering Arduinos, sensors, and various related items that are in some way relevant to “Boat Hacking,” but am most excited about some of the value-added projects that are enabled by their offerings. I’m just wrapping up the prototype of a sealed GPS datalogger that can be left bolted in an exposed location, remote-controlled from below, serving up its accumulated track files via Bluetooth.

Another is a little USB environmental sensor suite that is just plain cool… I’m repackaging that for harsh environments as well. I fired it up at my desk the other day, and could look at a “verbose” report updated every second:

Or a terse version, suited to comma-delimited database applications:

For a fraction of the cost of the marinized models, this delivers a lot of surprisingly high-res data… though of course it would very quickly die if subjected to even one droplet of seawater. I’m more likely to use it for interior conditions, and deploy a Maretron WSO100 at the masthead for the N2K stuff.

I finally started a database to keep track of all this… a quick survey reveals that I should not be surprised if the number of “data points” aboard Nomadness reaches 1000. This is the implementation in FileMakerPro:

I used the tagging concept to label each point with searchable labels, and pull-down fields select the associated node and the class of object (sensor, computed value, output, manually switched power, and so on). This should be a useful design tool for what is becoming a rather complex data structure.

These spin-off projects made me chuckle the other day when I was Googling for something or other and stumbled across a bit of humor from 11 years ago: NRL Expanding Operations. It was particularly funny at the time, going out to my 5000-strong Nomadness mailing list, as a few humor-impaired folks didn’t realize I was kidding and actually troubled to flame me for the blatant sellout when I should be altruistically carrying the technomadic torch!

I’ve been getting a kick out of the sudden (re)discovery of the “Digital Nomad” or “Location Independent” lifestyle. It’s all over Twitter and the blogosphere these days. I tweeted a chuckle about all this to Howard Rheingold, and he added that Twitter is the first occurrence of social media, too. (He is a long-time veteran of online community and the Well, and we even crossed paths during a BBC Horizon TV filming via virtual space in 1992… using satcom, handlebar keyboard, and console Macintosh on my bicycle in Massachusetts while he was in Marin County.)

Lest I sound like another creaky old fart who liked it better in the Olden Days, I hasten to add that back then, technomadics was a rather esoteric pursuit. It took deep hacking, big muscles to move ridiculously large machines, too much money for too little actual capability, calm patience to deal with marginal services and terrible comm links, and highly understanding clients who didn’t immediately think “homeless bum” upon hearing a bearded geek raving about technomadics. People were still debating the radical concept of working at home; working anywhere, especially while in motion, was almost too much of a stretch. It did make for good media coverage for those of us who managed to do what today would be unremarkable, but it didn’t scale well… “not ready for prime time,” as they used to say.

Things have changed a lot. A more granular and less-hierarchical business climate rewards those with the physical and intellectual alacrity to respond quickly to needs. Digital Nomads or Location Independent Professionals can snag a gig in minutes, reposition to be near a client if need be, scamper around doing research, or just park in a gorgeous spot to hunker over a laptop and code/write/design. Some good friends are doing exactly this as we speak… check out Chris and Cherie of Technomadia.

Years ago, I quipped, “once you move to Dataspace, you can put your body anywhere you like.” Despite the neologism that was quickly eclipsed by the catchier “cyberspace,” that’s more true now than ever.

It’s always fun to reminisce about yesteryear’s geekery, and in that vein I just found a photo from my house in Kentucky, back in the late 1970s:

That music keyboard should not, alas, suggest that I actually knew how to play… I just wanted to. In true geek style, my solution to that problem was not to take lessons, but to invent a polyphonic keyboard interface that scanned all the debounced J-wire contacts with a big multiplexer, compared current state to previous state in a TTL RAM, and delivered change notifications via a parallel port to a program running on the Cromemco machine that in turn ran a homebrew synthesizer. I never did learn to play piano until very recently, but that system made for a nice article in Byte in 1979 (“Polyphony Made Easy“).

Ah well, enough retrospective… I need to finish the insulation of the Polaris mobile lab so I can move in and get to work full-time on the boat! I’ll close with this image of Java and me, heading back to the house last night after a full day working together in the dog-free zone, keeping alert for the admittedly cute but oh-so-exasperating little Zubenelgenubi:

Cheers from the nomadhouse,
Steve