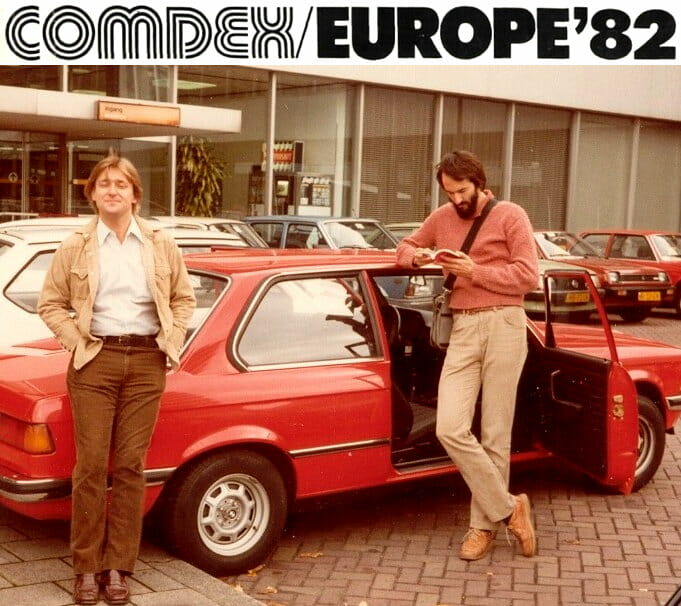 Standing on stage at COMDEX Europe in Amsterdam, dizzy with the sheer awesomeness of being there, I had no idea that less than a year after this speaking gig I would be pedaling down the East Coast of the US in a completely new technomadic life. So much for my crystal ball! I don’t really recall what I talked about, but my favorite topics during that epoch were online information retrieval, artificial intelligence, and ubiquitous microcomputers… so it was probably a rhapsody on all that. Mostly, I was having fun in Holland for a week or so with my friend John Stork (at left in the photo above), who owned the Louisville ComputerLand franchise. We rented that car and drove all over the place, sampled Amsterdam nightlife, and basically exulted in spending time in a place very different from America’s midwest.