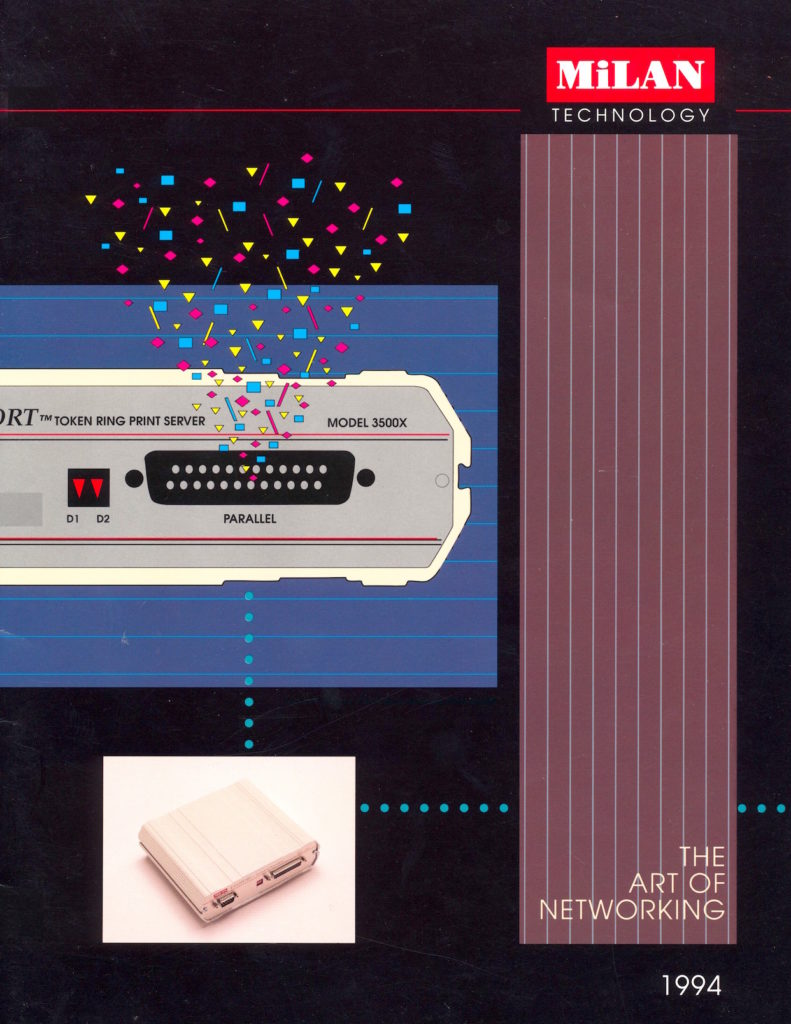 The BEHEMOTH project was supported by a wonderful group of sponsors, providing all sorts of gizmology. The types of relationships varied widely, and I discuss this quite a bit in my Reaching Escape Velocity book. Some companies included my adventure in their publications, and one was MiLAN… which provided a Micro•Mau AUI Ethernet transceiver that I used with the bike’s SPARCstation and the Tadpole SPARCbook. A few years later (in 1994) I received a copy of a brochure with this little snippet, updated to reflect the Microship project:

by MiLAN Technology
donated in 1992
brochure published in 1994

Reliable products are critical to every network. But for Steve Roberts, creator of the world famous BEHEMOTH bicycle, traveling “freely and productively, with physical location irrelevant,” means “stable, on-board connections are a must.” He has logged about 1700 hours on the road in the BEHEMOTH, his completely mobile home/office, and is currently developing the Microship, its water-borne cousin.

For the past two years, Steve has traveled equipped with a Micro•Mau, one of MiLAN’s direct connect transceivers. This compact, micro-transceiver connects directly to the AUI port on the back of his Sun workstation, allowing him to access Ethernet networks wherever he goes.

His plans for the new Microship, a trimaran kayak he’ll pilot on rivers, waterways, and coastal regions around the world, include a complete onboard Ethernet network. And Steve will be taking a Micro•Mau with him on his new journey — using it to connect his Tadpole SPARCbook to the rest of the network. Bon voyage, Steve!