A new page for the Microship has just been posted, pulling all the info about the 10-year micro-trimaran project into one place. Similarly, there is now a single page for the bikes (Winnebiko, Winnebiko II, and BEHEMOTH), serving as a jumping-off place for more detail about each version. This front page is about to follow suit, at last… clicking this screen capture will take you to the work-in-progress: 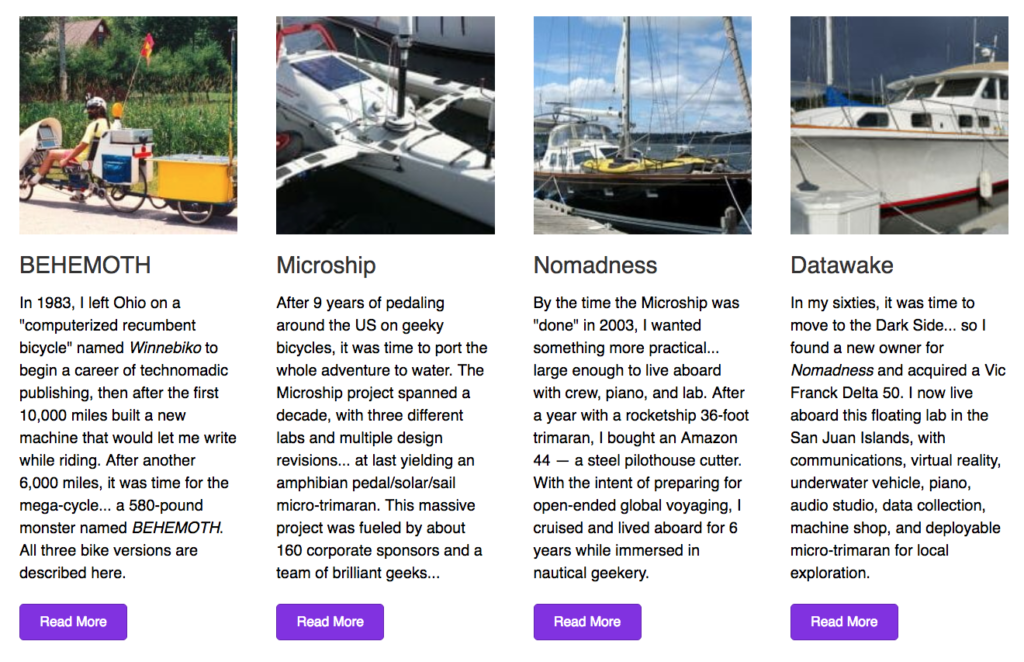 The most recent additions to the archives include a detailed piece about Microship design from 1994, an article in the UCSD magazine introducing that project on campus, and pieces about online information retrieval in the early 1980s including stories in Byte, EDN with an engineering slant, and Online Today, focusing on Database Downloading and Information Brokers. A huge subject, and quaint in the Epoch of Google… but fascinating history.

There are now 672 articles in the collection.

My eBay store is slowly getting built up again after a long hiatus… with this week’s highlight an AOL 1.0 floppy of interest to collectors (closing Monday evening)

A few features of note: 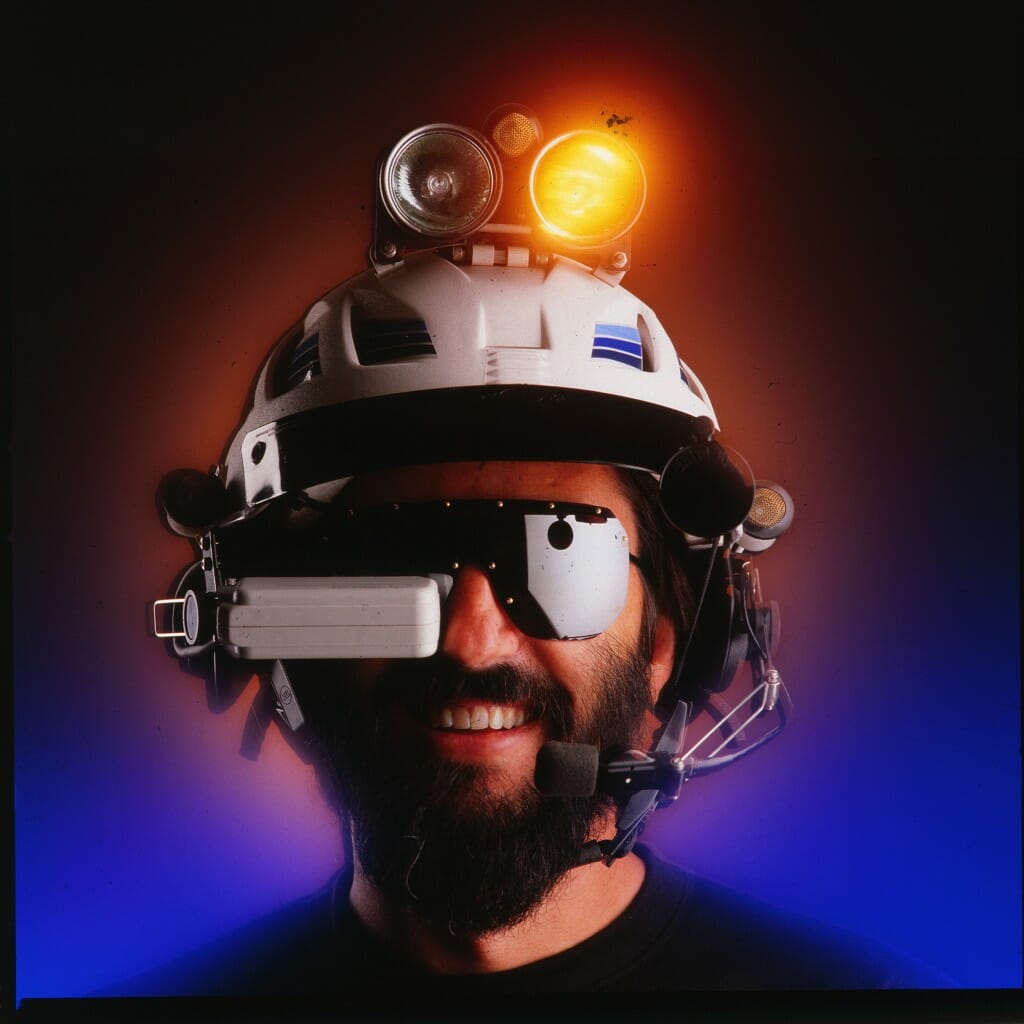 “Art without engineering is dreaming;
Engineering without art is calculating.”
— Steven K. Roberts

Since 1983, I have devoted all available resources to adventure, geek expressionism, and gonzo engineering. This has fueled a playful life of building and traveling with technomadic contraptions, writing about everything from the underlying tech to the romance of the road.

After a decade and 17,000 miles aboard a computerized recumbent bicycle, I turned my attention to building an amphibian pedal/solar/sail micro-trimaran… while 580-pound BEHEMOTH, the final incarnation of the bike, became a permanent exhibit at the Computer History Museum. 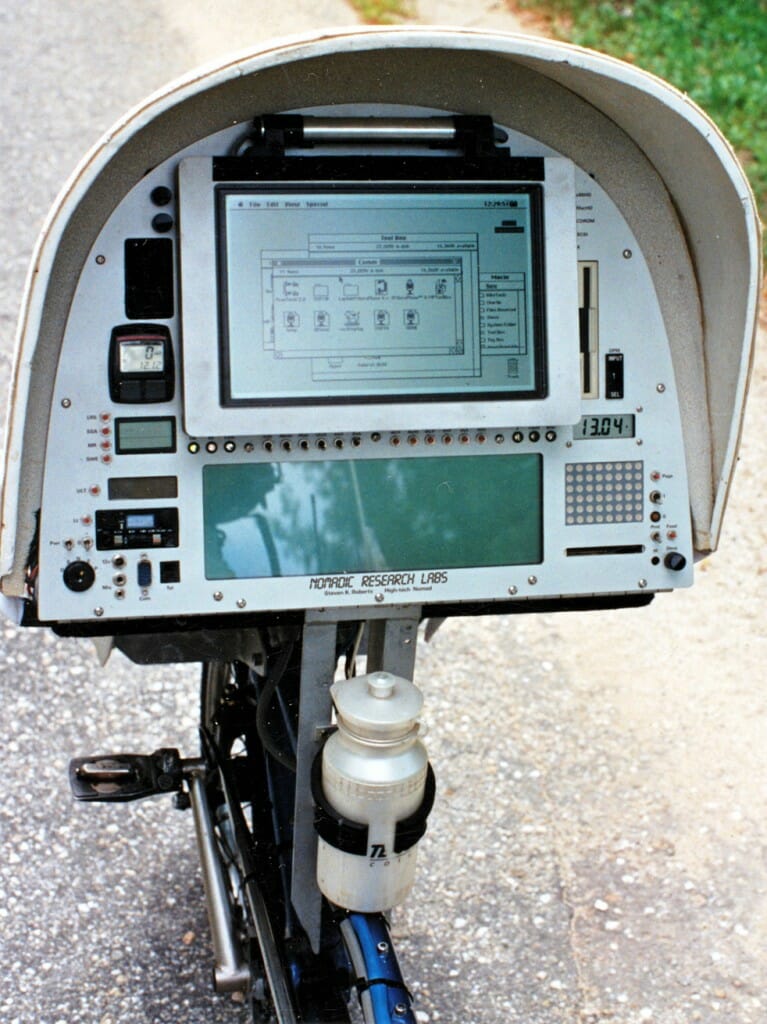 BEHEMOTH console Macintosh on the road in 1991. Control used ultrasonic head mouse built into helmet (see photo above) as well as a chord keyboard in the handlebars. I used this to write articles and email while on the road.

The Microship project took a decade, and then it was time for this new phase… a starship with tools for data collection, underwater exploration, circuit design, 3D printing, virtual reality, machining, music and video production, communications, and more.

Here are my major gizmological contraptions in reverse chronological order:

My current boat, Datawake, at her slip in February, 2016. She carries 60U of lab console space, piano, 3D printer, holodeck, movie scanner, mini-mill, SDR, audio/video production, NAS, electronics lab, ROV, and lots of embedded geekery that contrasts nicely with this classic 1974 Delta 50 by Vic Franck. IEEE Spectrum did a short video introduction, although the console has grown considerably since that August 2016 shoot 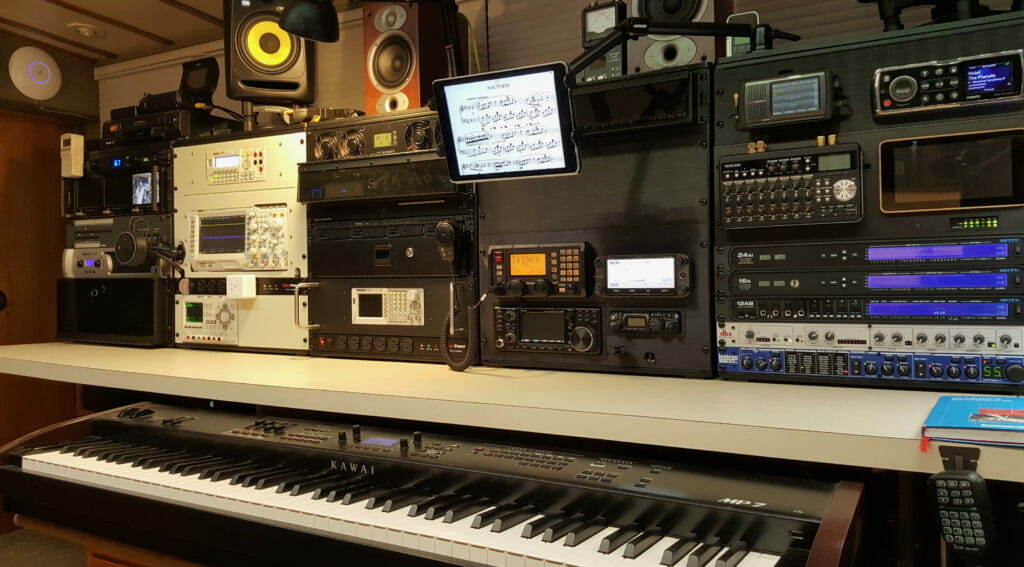 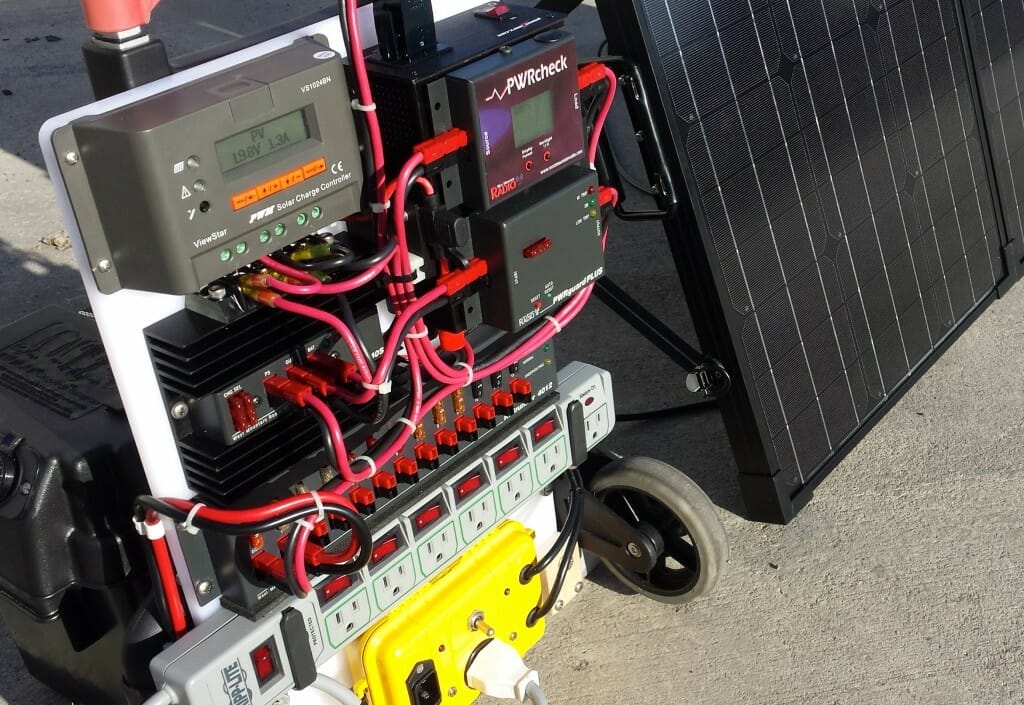 Shacktopus brings a rich set of power-related tools into a single portable package, and is now a backup power system aboard Datawake. 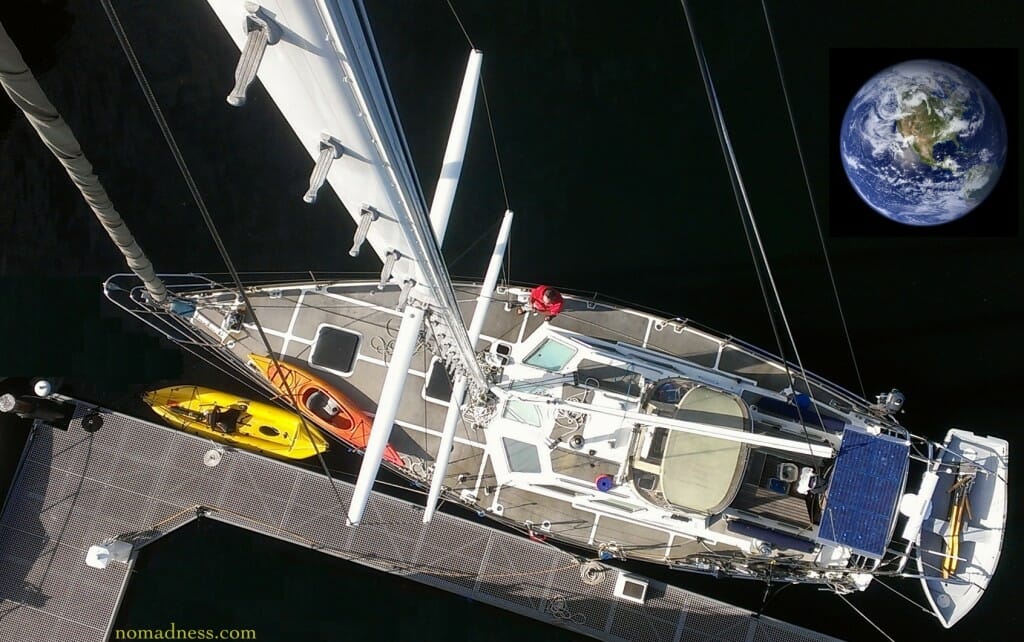 Nomadness is an Amazon 44 steel pilothouse sailboat that was my nautical substrate until late 2015. (photo by Wojtek Wacowski, with a little help from NASA) 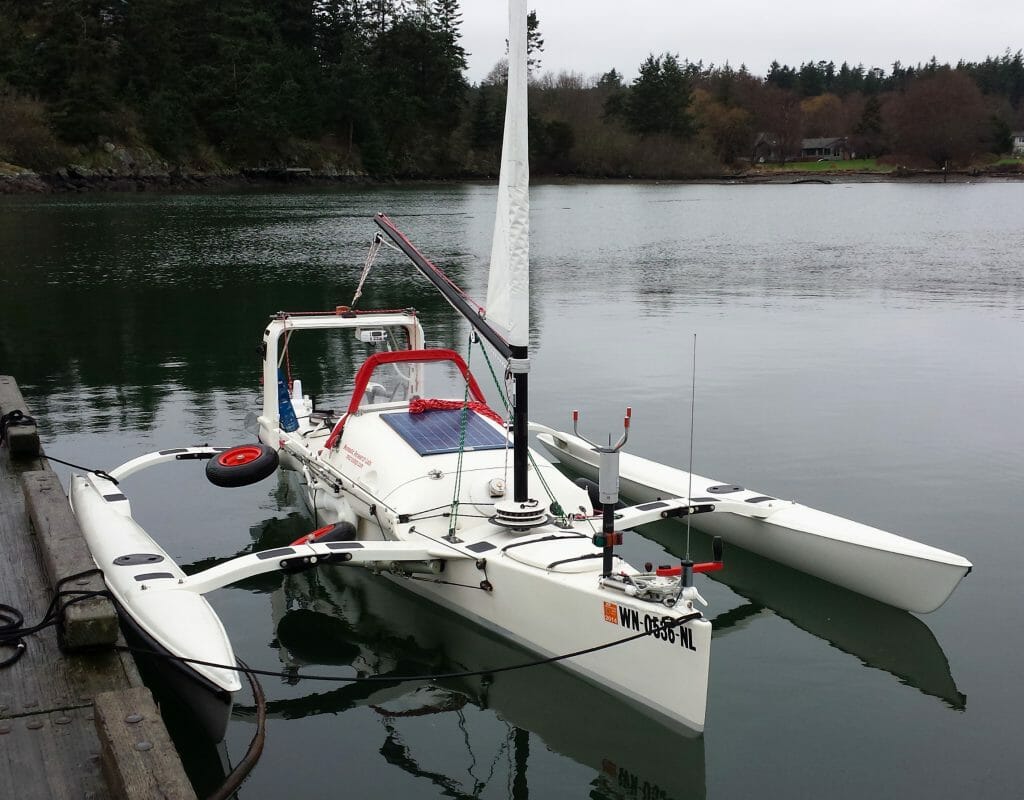 Microship is an amphibian pedal/solar/sail micro-trimaran, shown docked in Friday Harbor, Washington in 2015. This was a ten-year development project (1993-2002)…  click photo for more. 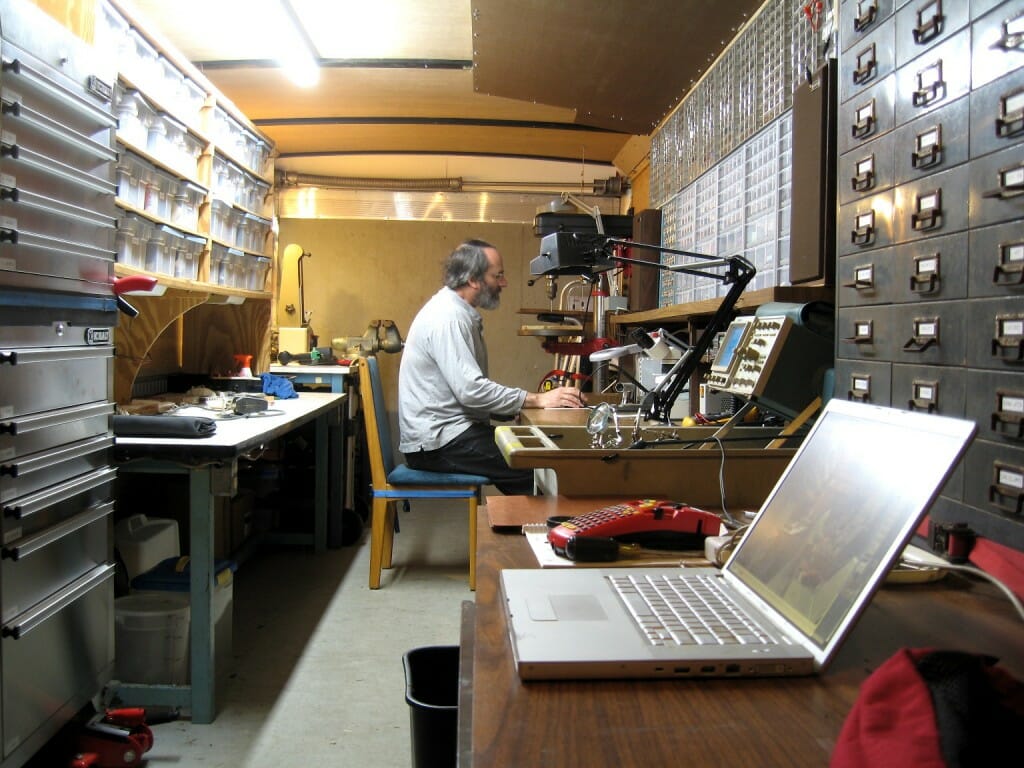 This is Polaris, my mobile lab built into a 24-foot Wells-Cargo trailer. Click photo for details. 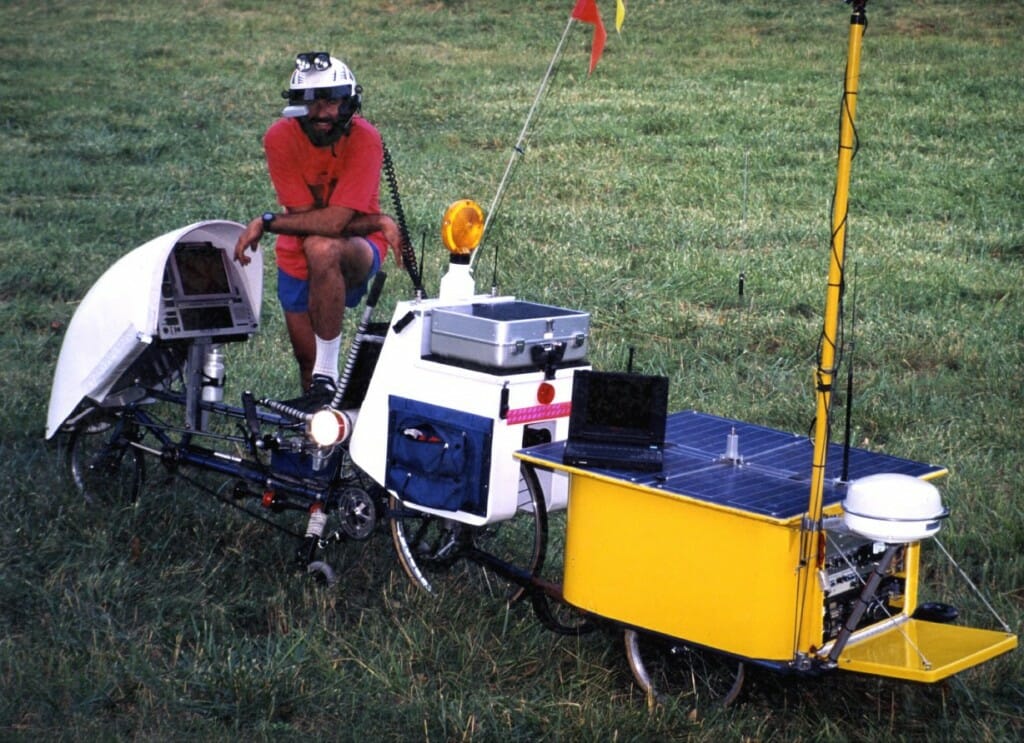 The 580-pound BEHEMOTH bicycle, circa 1991. This was the final bike version, a 3-year project based in Silicon Valley. Click for more photos and details of this machine. (photo by Bob Ponzoni) 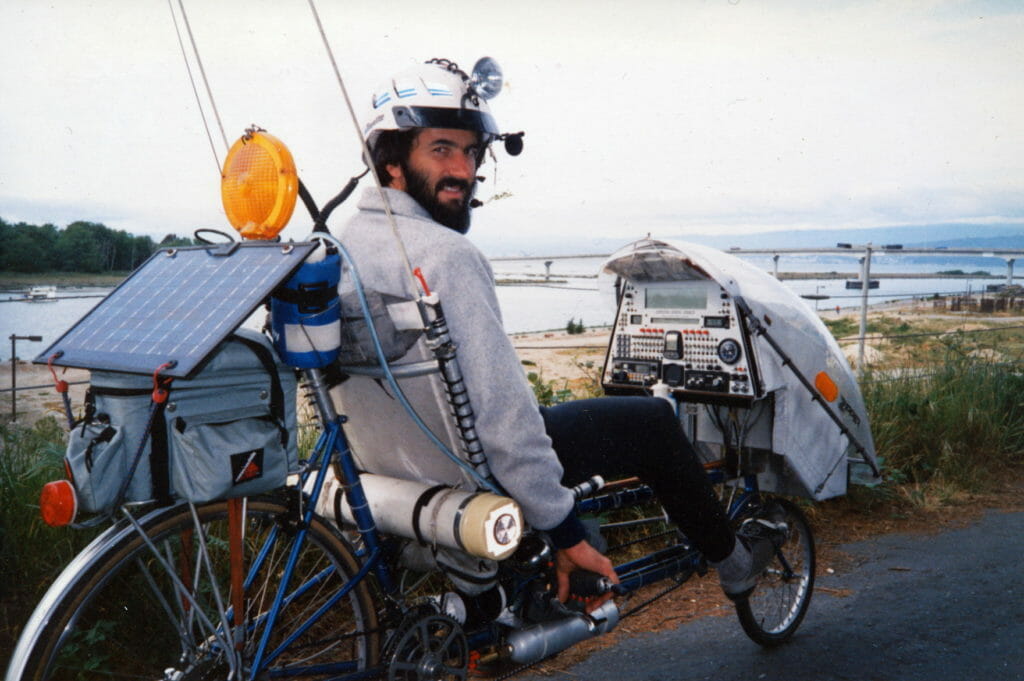 The Winnebiko II covered 6,000 miles from 1986-1988, and included a handlebar keyboard to allow writing while riding – click for more. 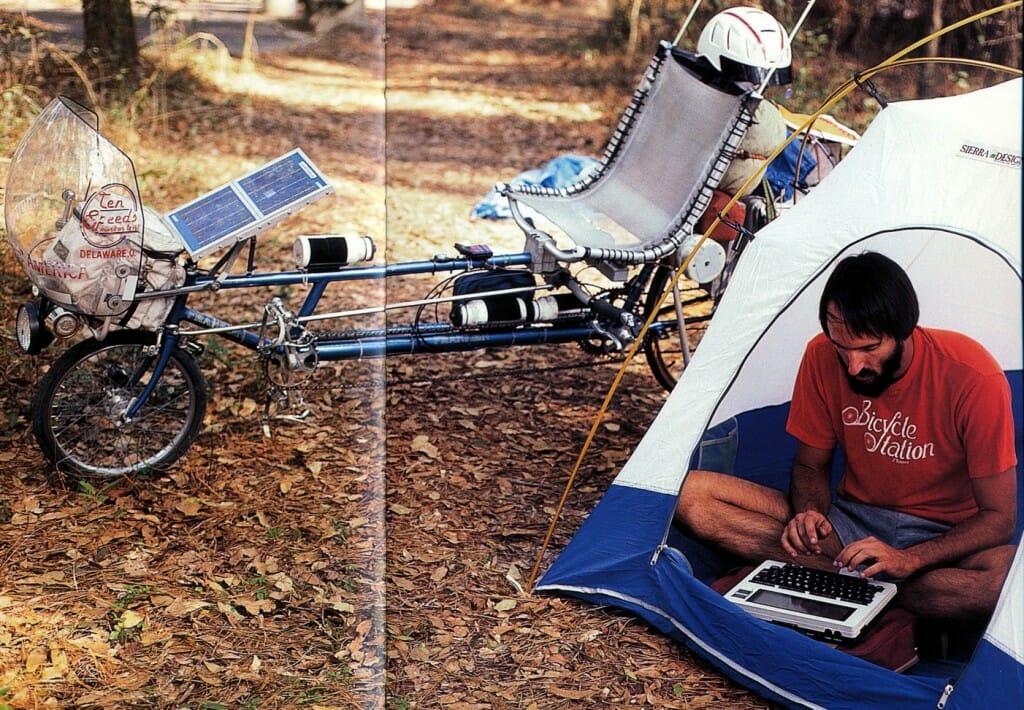 The original Winnebiko in January, 1984 – already 3,000 miles into an adventure that would total 17,000 miles. (photo by Katie Peden) Click photo for more about this first version of the system. 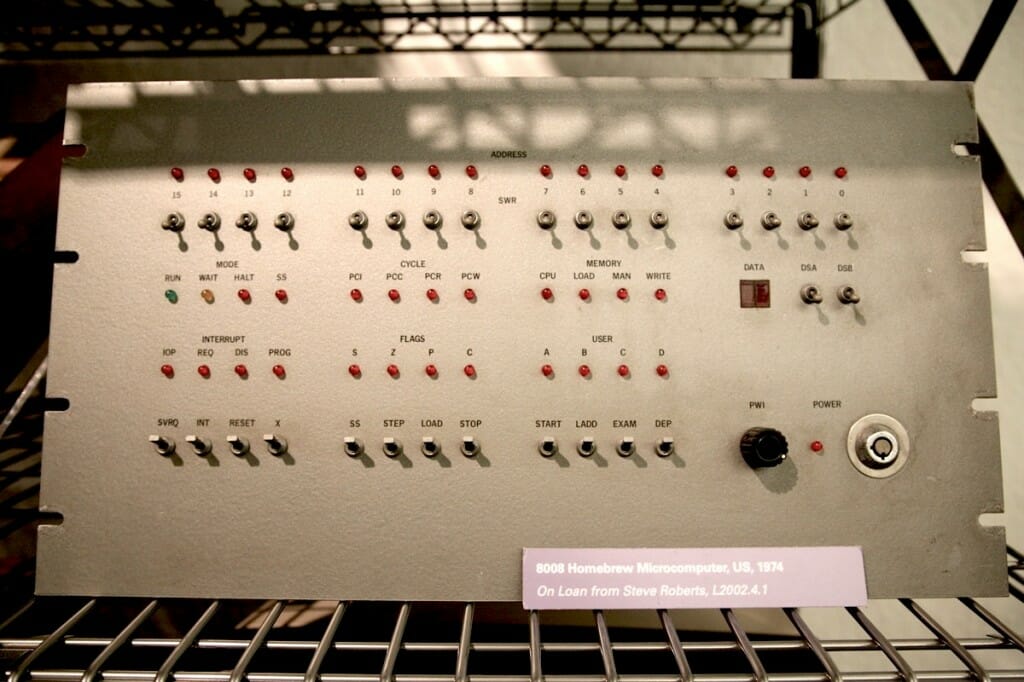 Now in the Computer History Museum (along with the BEHEMOTH bicycle), this is the front panel of an 8008-based personal computer I designed and built in 1974. Click photo for full schematics.