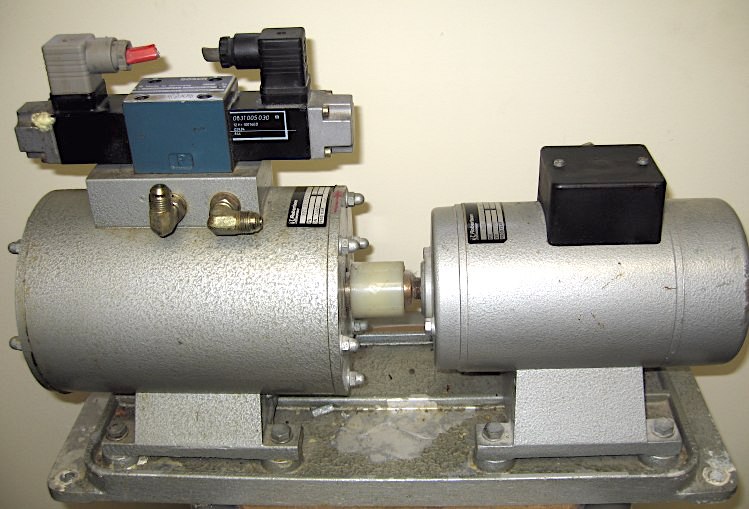 The trouble with moving ahead on many fronts, despite actual progress that is sometimes considerable, is that life becomes so diffuse that one’s perception gets bogged down in context-switching overhead. A lot is going on, so this post is an attempt to bring it all up to date.

Navigation Systems: The parts are arriving at Anacortes Marine Electronics, and I have been working on the overall configuration of the NMEA 2000 network (see photo below). We’re extracting the old dead Robertson autopilot (photo above) and putting in a Simrad AP24 with new hydraulic pumpset and Maretron SSC200 compass sensor, interfacing the old B&G; masthead and hull sensors with the new network to postpone that expensive upgrade, and installing a pair of Furuno NavNet 3D multifunction displays – one each at inside and outside helm. Here’s a sketch overlaid on a photo of the boat (click for a readable version):

Plumbing: As noted in the previous posting, the existing system is both inscrutable and wrong, though the heads themselves are nice. I’m now working with First Mate Marine in Anacortes to configure a new holding tank and maximally simple configuration of toilets and pumpouts. We’ve been tempted by composting, but will probably go straight to the tank with the nearby Lavac and perhaps change the aft head to a Vacuflush to minimize the water needed to go the distance.

Woodstove: It’s hard to even think about this at the moment, now that it’s finally sunny here, but the Little Cod from Navigator Stove works is all done and ready for installation.

Dinghy: I fabricated a couple of lifting harnesses and have been playing with the rigging of davits to hoist and stow the tender. It’s not easy – the davits don’t open fully, they may be too springy, and I have yet to figure out a robust strapping system to keep it under control in bumpy conditions (offshore, of course, it will be upside-down on the foredeck). I’ve also modified the Paddleboy Heavy Lifter cart to accommodate the boat, and the system works well:

Tools: One of the biggest hassles with having the boat moored far from home (an hour and a half round-trip drive) is the constant delays caused by not having what I need. My life is ruled by lists… what to bring next visit… what to make in the lab… what has to go back because it didn’t fit after all. This tells me it’s time to get the on-board shop/lab facilities done, so I have catalogued the available drawers and am now piling tools and parts into clusters (by function or application domain). Granularity is being imposed with 3-mil zip-close bags with write-on surfaces as well as a big collection of lidded bins that snuggle into the drawers. Typical application: grab the general tool kit, rigging tool kit, and the bin of nicopress parts to fabricate something involving stainless cable. (The important thing here is to keep them away from salt water, unlike this hammer that I found at the marina.)

Home Base: Pulling the plug completely and moving aboard is not a quick process, and we suspect that this year will be one of relatively short jaunts to learn the ship, test systems, and keep from going crazy with the insane cost of owning a boat that just sits in a marina. We are actively seeking a house-sitter and home-base manager who can not only keep this place safe, but help put together the long-planned business of providing such services for other technomads. In the meantime, tonnage reduction continues, as does the steady improvement of the long-dormant lab and the rather shaggy homestead. Sky, my partner, has a fondness for growing things, so little seedlings are poking up here and there even as she gets more familiar with the tools of hydroponics that will be used for our on-board veggies.

Microship: Remember the Microship, the amphibian pedal/solar/sail micro-trimaran that filled a decade of development time and gobbled a rather frightening amount of money? It was to be my next adventure platform, after the gizmologically intense recumbent bicycle that kept me amused from 1983-1991. Well, the boatlet has been sitting in the lab for far too long since the dreamlike maiden voyage of 2001, and as my attention turns almost entirely to a ship of global-voyaging scale I have had to very reluctantly admit that maybe it’s time to find a budding technomad who has visions of gonzo aquatic expeditions dancing in his or her noggin. There is a page of Microship details to help show her off… this is not exactly the kind of vessel that lends itself to brokerage.

Ham radio: My interest in hobnobbing about the HF spectrum has waxed and waned over the years, and it has certainly changed its character with the ubiquity of free global communication. It’s not intrinsically exciting to talk across a border anymore, but new modes, miniature tools, and the challenge of low-power portable operation still get the old geek juices flowing. The field radio system I’m putting together for the boat is a case in point: Buddipole portable antenna package, dual-band Arrow yagi, Yaesu FT-817 QRP rig, 12-volt battery, 5-watt solar panel, and the amazing new NUE-PSK stand-alone PSK-31 rig. With a poorly positioned but otherwise capable Cushcraft R-8 vertical next to my big metal building in the woods, I’ve been chatting all over the western US on 5 watts… very cool stuff.

Skyak and Nessie: I sold Number Nine, the zippy little Hobie Revolution with pedal and sail power, and picked up the new Hobie i12s inflatable… partly because I miss trusty old Bubba, and partly because this gives me pedal-powered goodness in something that can be rolled up. This bright yellow bauble seems to have been dubbed Nessie around here, and Sky is now awaiting shipment on an Advanced Elements Expedition… the longer version of an affordable little inflatable that appeared frequently in our Camano Island kayaking gang a few years back. I’m looking forward to getting back into the mode of looking up from a geeky project, noticing that it’s a nice day, and being on the water an hour later:

Among them, they haven’t a brain-oh,
Those crazy paddlers of Camano.
Every day, about three,
They head out to sea,
And return when they’re feeling the pain-oh!

Life: My new partner deserves her own blog posting (coming soon), and she’s also setting up her own site (using Joomla), to which I shall link when there is something more than placeholders to read. Java the cat, now ten years old, continues to intersperse moments of feline bliss and terrorizing the rabbits with interminable naps and occasional complaining. I’m still learning the piano (currently enjoying Martha Mier’s Misty Night Blues and Satie’s Gymnopedie No. 3), and occasionally I shake the torpor of a chronically sore back (recent MRI, even) with forays into the forest to extend the trail network or pluck oyster mushrooms from a woodpecker-pocked alder.

But soon, the tasty fungi of northwest sloth shall pass, and we will put to sea. That’s what this is all about.