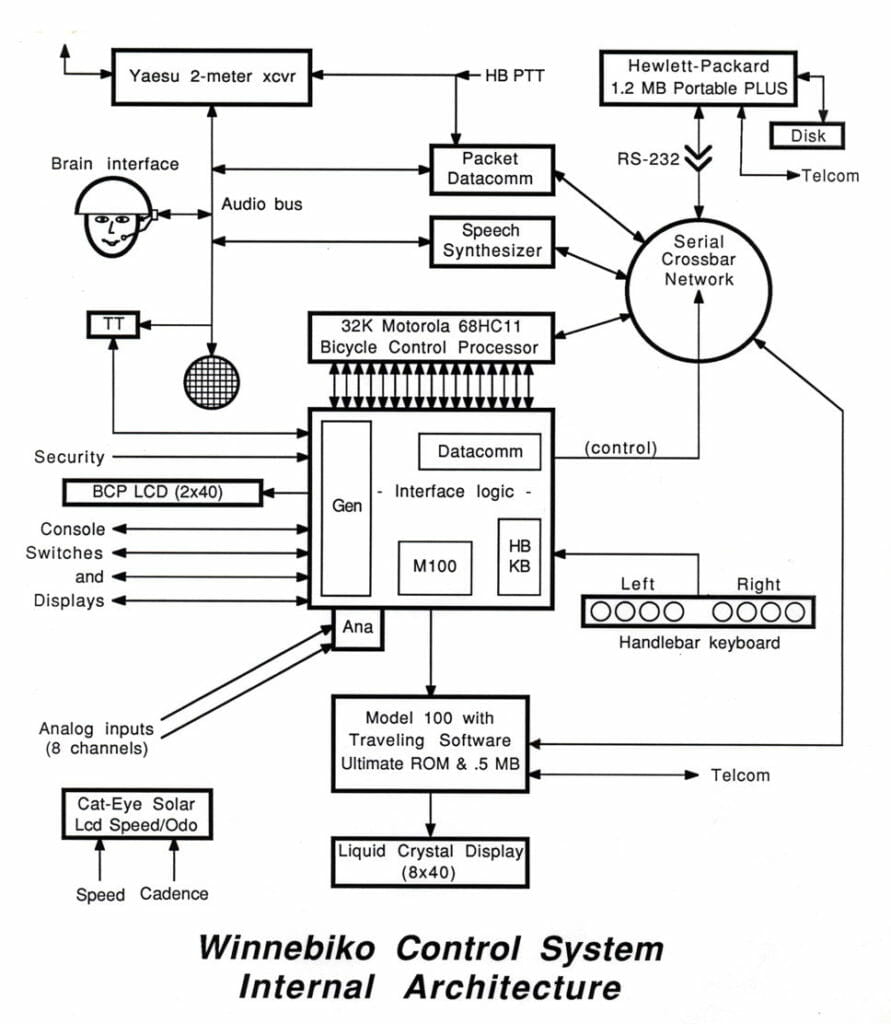 An ancient green binder has followed me around from lab to lab through the decades, and it contains all the hand-drawn schematics, software, design sketches, and operating procedures for the Winnebiko II system. This machine rolled out of the lab in 1986, and kept me amused until 1988 when rapidly advancing technology seduced me into the 3-year BEHEMOTH project. This version of the bike covered about 6,000 miles (out of 17,000 total).

The scans below describe  console operation in detail (photos reference the named devices, and an overview of the whole bike is available). Scroll down to see schematics of the bicycle control processor (68HC11) interface with Model 100 and other devices, and there is also a chart for the handlebar chord keyboard that let me write while riding.

These schematics show some of the circuitry associated with the 68HC11 bicycle control processor, including the handlebar chord keyboard and interface with the Model 100. This is what allowed me to type while riding, and was built on a hinged insulation-displacement prototyping board in November, 1986: