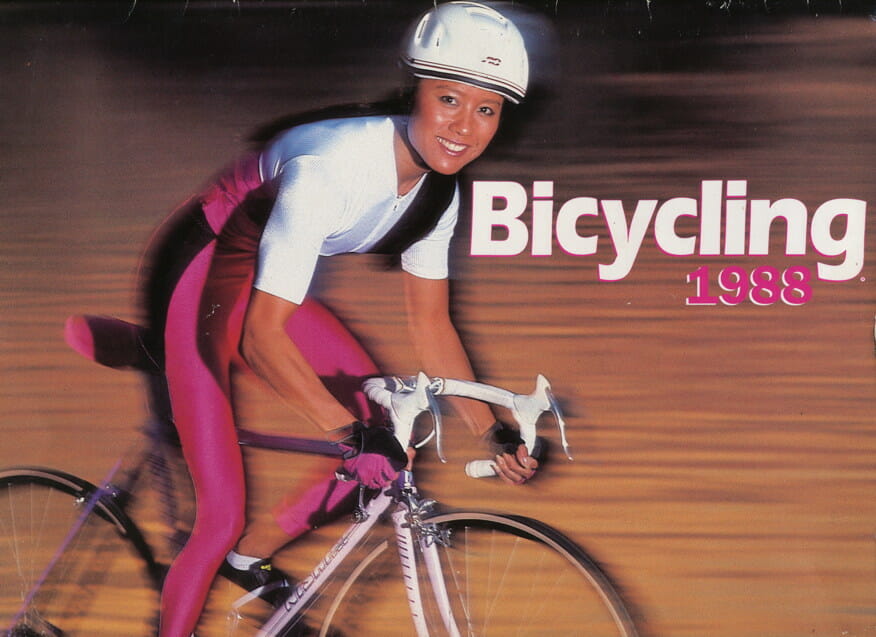 This photo was taken by Janis Miglavs for the Star tabloid in 1986, and was my first appearance as a “calendar boy” during the bike epoch. (The second, a decade later, was in the 1998 calendar produced by CQ Amateur Radio magazine.) I love this photo, which I think was in an Oregon coastal town (if you recognize the setting, please tell me…). It also appears in my May, 1987 Sacramento Bee article about the bike system. 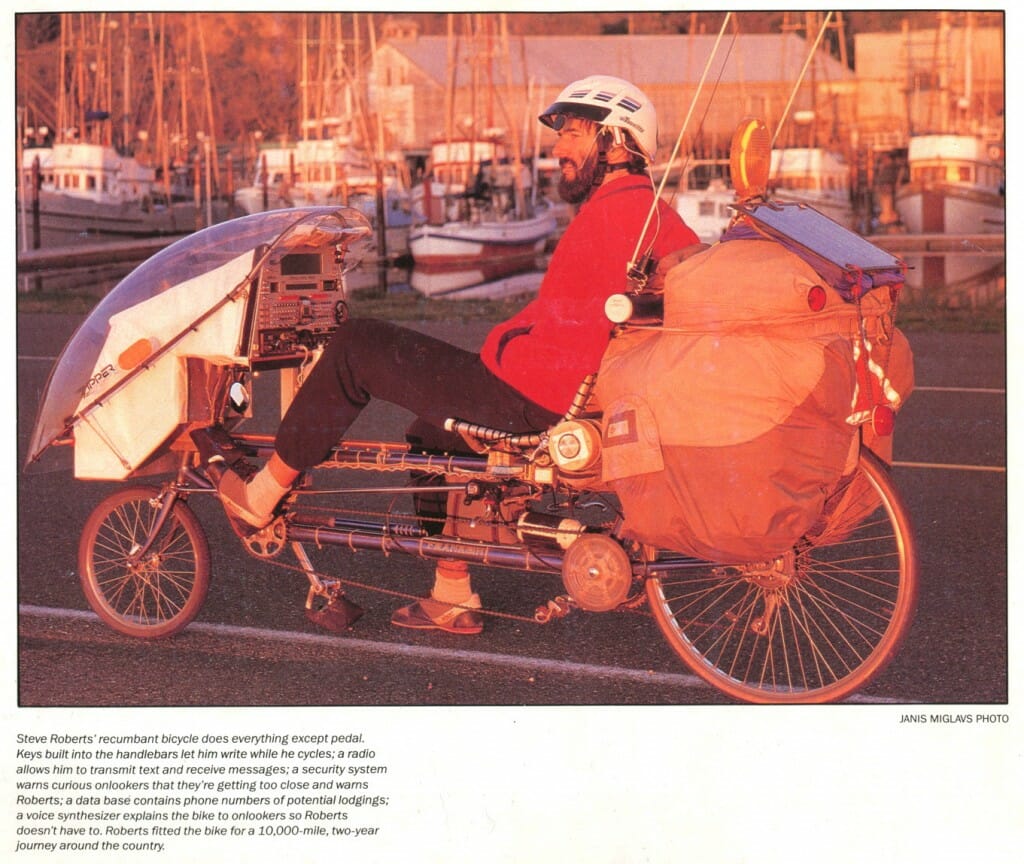