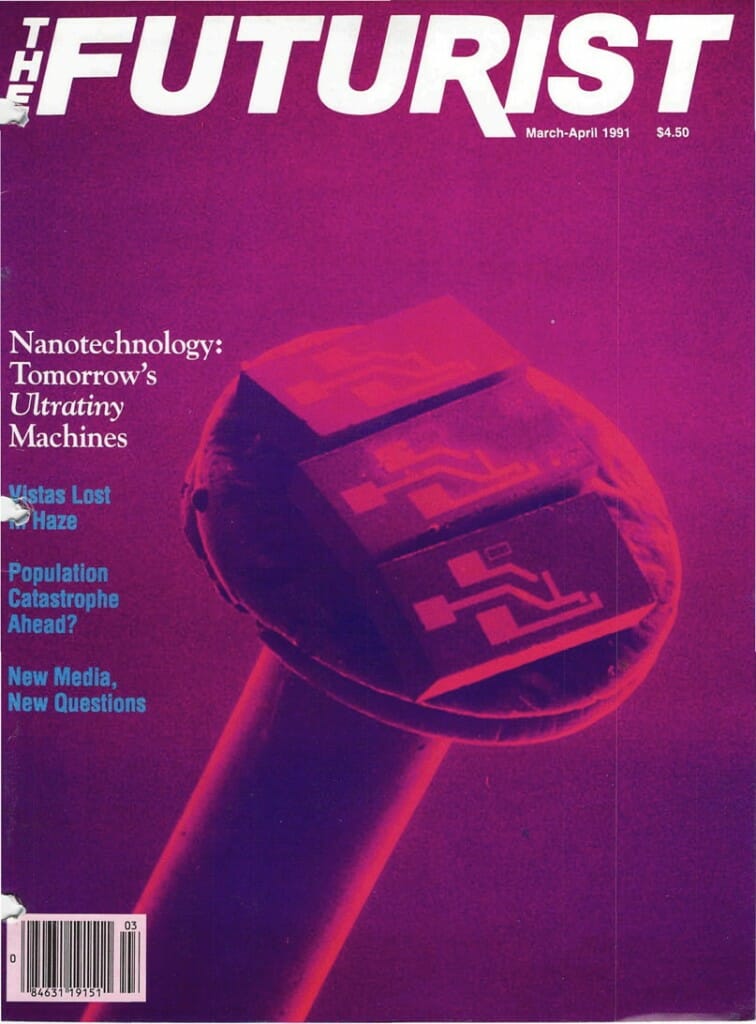 I think this might have been my first contact with Gareth Branwyn, with whom I later worked (in 2010) on a 4-part feature on my mobile lab for the endlessly fascinating Make:Online, of which he was editor-in-chief. He also did a piece about my travels in Mondo 2000 a year after this short Futurist item. A prolific technology writer, Gareth has had his ear to the ground for decades, and it’s always an honor to be in his sights.

by Gareth Branwyn
The Futurist
March/April, 1991

Steven Roberts has an affliction he doesn’t want to cure: He is addicted to traveling. In 1983, Roberts gave up his position at a high-tech company, sold his assets, bought a recumbent (reclining) bicycle, and took to the highways. But unlike other nomads who sever their ties to friends or day-to-day jobs, Roberts found that these changes have only strengthened his connections to work and other people.

Roberts continues to do computer research, write books, and even put out a professional magazine on his exploits, all while pedaling down the highways and byways of America. Bicycling and writing at the same time is made possible by what Roberts calls “flute keyboards” mounted on the handlebars of his bike. Different combinations of the keys along each handlebar produce the desired letter of the alphabet. Roberts wrote the popular book Computing Across America while pedaling over 16,000 miles.

While many people might write Roberts off as a kook, over 150 computer, sports, and electronics companies have chosen to sponsor his adventures. His roster of sponsors includes Apple Computer, Atari, Hewlett-Packard and General Electric.

Ultimately, Roberts’s dream is to make possible a whole community of high-tech nomads who will live and work while traveling constantly. Given his past successes in inspiring people and in demonstrating the possibilities of this unique lifestyle, such a nomadic community might not be so far down the road.

27 years later, I sent this page URL to Gareth Branwyn. He posted the following on Facebook, and it really means a lot to me: